Want to Fix Your Gadget?

Want to Buy a Device? PCG Has GPUs and Much More

November 28, 20220Comments
Performance Computer Group has the best selection in Tampa for computer parts and peripherals. We build the most amazing custom computer systems using only the latest top-of-the-line parts. Our technicians…

April 8, 20220Comments
PCG Grand Reopening! We've got a new spot and new specials Performance Computer Group has moved officially and we want to sell you things at lower prices! Take a look…

💻Performance Computer Group Is Moving 🚐 To A New Home

March 19, 20220Comments
PCG Is Moving April 1st! And no, this isn't an elaborate setup for an April Fools joke. Performance Computer Group has been a staple of South Tampa's technology community for… December 13, 20180Comments
Tired of all the times you've dropped your phone and you just keep adding cracks to your cell phone screen? Sure, you could just put on a screen protector over… March 8, 20180Comments
Computer security is always something to be concerned about. At Performance Computer Group, we are constantly keeping up on the latest flaws in computer security across all types of devices.… Are you a cryptocurrency miner or avid gamer? South Tampa has graphics cards!

February 27, 20180Comments
The past few years have been an express elevator ride for graphics card prices. This has affected two main groups of consumers: gamers and cryptocurrency miners. Dubbed "The Etherium Effect",… November 30, 20170Comments
Mac repair - do you need it? Have you ever wanted to rage quit whatever you were doing because of that wonderful spinning beach ball? That ball has caused many… Does your Business need a one-stop Business IT shop?

September 1, 20170Comments
When you're running a business, the last thing you need to worry about is whether or not you can send an email or print to your network printer. Performance Computer… 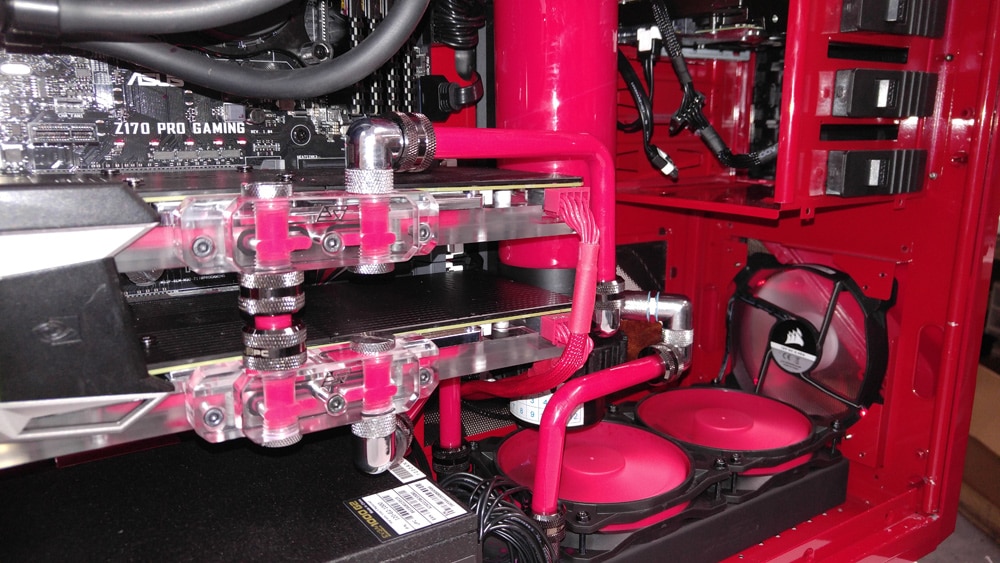 Is your gaming computer up to snuff for 2017 Fall releases?

August 24, 20170Comments
Building a gaming computer is like creating a work of art. If you're a console gamer, you may not understand this facet of gaming. There's a steadily-rising segment of the population that thrive on new components to build or upgrade their own PCs. At Performance Computer Group, we have the technology available and the support to help you build a gaming computer that will keep you within spec requirements this fall. Here's some reasons why it might be time to create your own work of art.

Since the World of Warcraft boom, a steady line of competition has been entering the PC gaming marketplace. According to this Steam games snapshot taken today, there are over 700K people playing the popular game title Defense of the Ancients 2 (DOTA2) at the moment. Other titles run a close second, such as: League of Legends, Counterstrike: Global Offensive, and Overwatch. Keeping up with framerate and rendering speeds is key when in a multiplayer competition. While your team is counting on your to help with a raid or boss fight you don't want to be stuck in a lag. Back up a second – data recovery AND an SSD?

August 20, 20170Comments
You never know when you'll need data recovery services. Why not be proactive about it and upgrade to a faster SSD when your old conventional HDD becomes corrupted. At Performance… Have a MacBook? – Mac repair was never easier…

August 16, 20170Comments
As you're getting ready for the 2017 Fall semester, you may want to make sure your MacBook is in tip top shape. At Performance Computer Group, we don't want you…